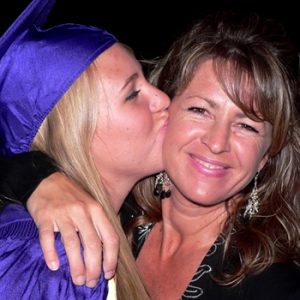 I had been having severe back and stomach pains and could not figure out what the matter was. I work out regularly and attributed it to muscle strain from improper use of the gym’s equipment. I blamed myself because I laughingly turned down the trainer who said she would teach me proper use of all the gym’s equipment. When it only got worse, I decided to go to the hospital. I was admitted and after 5 days, the doctors decided to check for cancer. The cancer had spread and was Stage 3.

They told me that they couldn’t remove the tumor with surgery because veins and arteries were involved. The chemotherapy they recommended was so aggressive; I was told I might not be able to tolerate it. My chances of survival, BIG GULP, they told me were slim. You would think that would be the worse news a person could hear. I am just getting started.

For me, the worse news I have ever heard is that my young daughter had leukemia.

Melissa was 13, and would be starting middle school in the fall. Over the summer, she began having shortness of breath, pains in her wrist, and often had headaches. She also got very pale. I was dealing with my own medical issues (I was currently in chemotherapy, which I was tolerating very well, thank you very much, and hoping that my upcoming surgery to remove what I call “the naughty bits” would be successful. But my concerns for myself flew out the hospital window when I learned of my daughter’s diagnosis.

I am a single mother, but luckily had the support of my family and good friends, and some unexpected but appreciated financial help from a cancer charity. Together Melissa and I juggled our medical appointments and procedures. We went to Chemo together (a family that does Chemo together, stays together, hopefully), but while she was undergoing spinal taps, surgeries, blood and platelet transfusions, I had my “naughty bits” removed – pancreas, gallbladder, spleen, and parts of my liver and colon – (I really thought I needed those organs, but apparently not. LOL). And while I took about 6 weeks to recover to where I felt “back to normal,” Melissa still had at least 6 more months of procedures and treatments to get through. And there were no guarantees of her survival.

But today, 4 years later, we are both still doing well.

I often think it morbid that what got me through my own illness and the life and death peril I was facing, was the concern I had for my daughter’s illness. Melissa’s illness wiped away any concern I had for myself; in fact, her illness only strengthened my resolve to beat my own cancer because I had to be there for Melissa.

And what helped me to survive Melissa’s ordeal and deal with the possibility of losing her forever was a technique I believe we all have used at some point in our lives. I call it Future Vision but some would just call it daydreaming.

Melissa would have started middle school the year she was diagnosed, and she missed a year of school because of her illness. Once I was well, I just keep picturing in my head a scene where Melissa would be heading up to the front of the school auditorium, capped and gowned, to accept her high school diploma. I would be sitting in the audience cheering, and she would have this big, beautiful, healthy smile on her face. This vision played all of the time in my head, and made it impossible for me to envision any scenes where Melissa was no longer alive. I never entertained the notion that she would not survive because she was always alive in the future I created in my mind. And luckily for us, we can now both see a future together.

I got to see Melissa graduate from high school, and cried when I sent her off to college.

I thank God every day, and my friends and family who supported us ENORMOUSLY, and a big SHOUT OUT to the National Cancer Assistance Foundation.